There is a weight in it's name, a history felt more than known.

To many, it is a land of legend and strife, of beauty and mystery, of conflict and blood. There rests ancient forests so thick one can barely ken day from night, where the winds bring soft whispers of song and speaking leaves. Grassy plains that reach beyond the scope of the keenest eye; Thunderous beasts, fierce hidden predators, and agile gazelles striving in it's expanse. Deserts that freeze one's teeth in the nights and burns their skin during the blistering day. Humid swamps full of the mists of dark arts and traitorous defectors. Snow veiled slopes that rest underneath a tree upon a mount which bears the very soul of the world.

Ancient ruins of peoples past and present, so old they have become part of the land itself. Of mysticism, of brute and savage might. Of subtle touches, kisses from a Goddess, the roar of revered Aspects. Here lay secrets buried in the sands of time. Wisdom seeps from the very elements, calling those who wish to hear it. Here new things spring forth from Dream into reality.

To some, though, it is something else.

An archaic kaldorei, tending to the life that radiates ever outward. The noble Tauren, living in harmony with all things. Visitors from beyond the stars, seeking refuge from a conflict as old as time itself. Of mighty orcs, themselves seeking a a new home from the shambles of their broken world. Trolls hunt it's game and practice their shrouded rites, a people as antiquated as the world itself.

A wide berth of those from across oceans plant their roots within it, seeking renewal and purpose. The cursed people of an insular nation, the curious dwarven and gnomish people who wish to uncover it's secrets. Ursine beings looking to strengthen bonds weakened and timeworn.

And they will do anything they can to protect it. They will give themselves whole to safe-keep this venerable terrain that allowed cultures to thrive, children to grow, spirits to revitalize themselves time and again. They would look to any threat and become it's very weapon, shield, or spellcraft. They watch over it, they ensure the wildlife and saplings will flourish.

This is the land of life, the land of origins, of hidden people and proud nations. It is the remnant of the Sundering that remembers it's name, recalls it's traditions, and welcomes all with the need to thrive.

It is Kalimdor...
And it has need of those who would protect it. 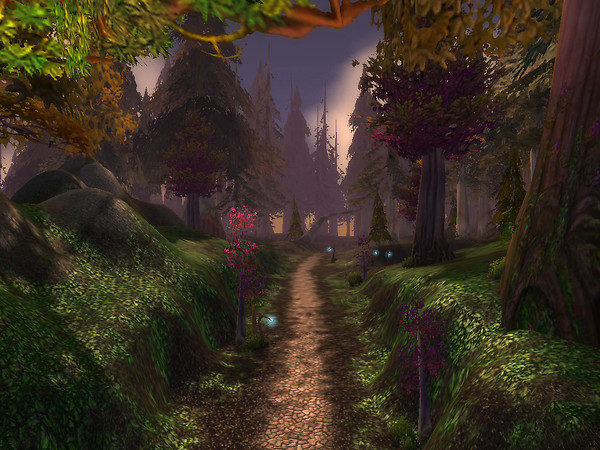